The U.S. Virgin Islands is Set to Compete at the 20th Annual Buffalo Wing Festival

ST. THOMAS, USVI (August 29, 2022) - The U.S. Virgin Islands (USVI) Department of Tourism is sponsoring a restaurant team to represent the islands of St. Croix, St. John, and St. Thomas and compete in the National Sauce-Off Contest at the National Buffalo Wing Festival, which expects to attract over 50,000 attendees from every state and over 30 countries from September 3-4.  Following their victory at the 11th annual King of the Wing Competition (KOW) in St. Thomas this past June, the competing team will be led by Chef Cory Baker of Barefoot Buddha Restaurant in St. Thomas along with Cole Baker, Marta Northcutt, and Patricia Chagas Collins. Barefoot Buddha is known for their signature sauces and style of wings and will be bringing a taste of the USVI to the national stage in Buffalo, the city synonymous with chicken wings.

The U.S. Virgin Islands Commissioner of Tourism Joseph Boschulte is excited to see the USVI competing in a culinary competition at a National level, driving visibility to the islands’ culture to the mainland. "We support Chef Cory Baker and the team at Barefoot Buddha Restaurant along with all wing enthusiasts in Buffalo in their efforts to bring a trophy to the U.S. Virgin Islands! As a U.S. territory, the USVI is delighted to celebrate this festival with our fellow Americans, adding a Caribbean twist in celebration of our local culture and cuisine. The USVI has a diverse and celebrated culinary scene, and we are proud to be part of this longstanding American tradition. We look forward to giving citizens of Buffalo, NY a taste of the USVI and hope to welcome you to our islands of St. Croix, St. John, and St. Thomas soon."

Barefoot Buddha, along with several other restaurants, will serve more than 100 different styles of wings as well as additional "Buffalo Style" foods this weekend. The wing restaurants will compete in the annual National Sauce-Off Competition for bragging rights to the best wing sauces in America! The competition includes eight different categories of wing styles including traditional medium, hot, extra-hot, creative, traditional BBQ, creative BBQ, creative sweet and creative spicy.

"I created our winning Guava Sweet & Sour sauce over 12 years ago when we had Jumbies Restaurant," says Chef Cory. "It's exciting to expand out of the Barefoot Buddha menu but keep our twist on it. I am entering four sauces in this competition that will have a base from the Virgin Islands. I look forward to representing the Virgin Islands and putting us on the map in the chicken wing world!"

Competitive cook-offs and wing competitions are no longer exclusive to Buffalo. The USVI’s King of the Wing Competition, which took place at Magens Bay Beach in St. Thomas on June 11th, 2022 brought nearly 8,000 people in attendance, along with Celebrity performer, Method Man. The event raises money for charitable causes in the USVI, this year benefiting the Children’s Museum.  The next King of The Wing Competition is slated for Saturday, June 10th, 2023. 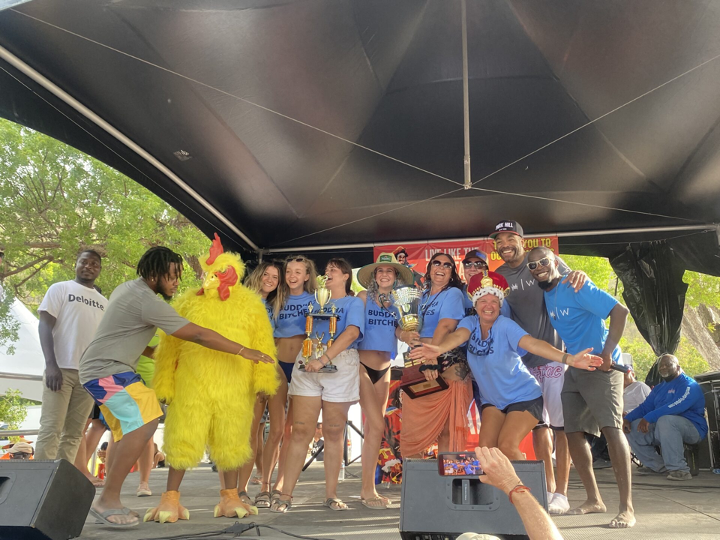 About the U.S. Virgin Islands